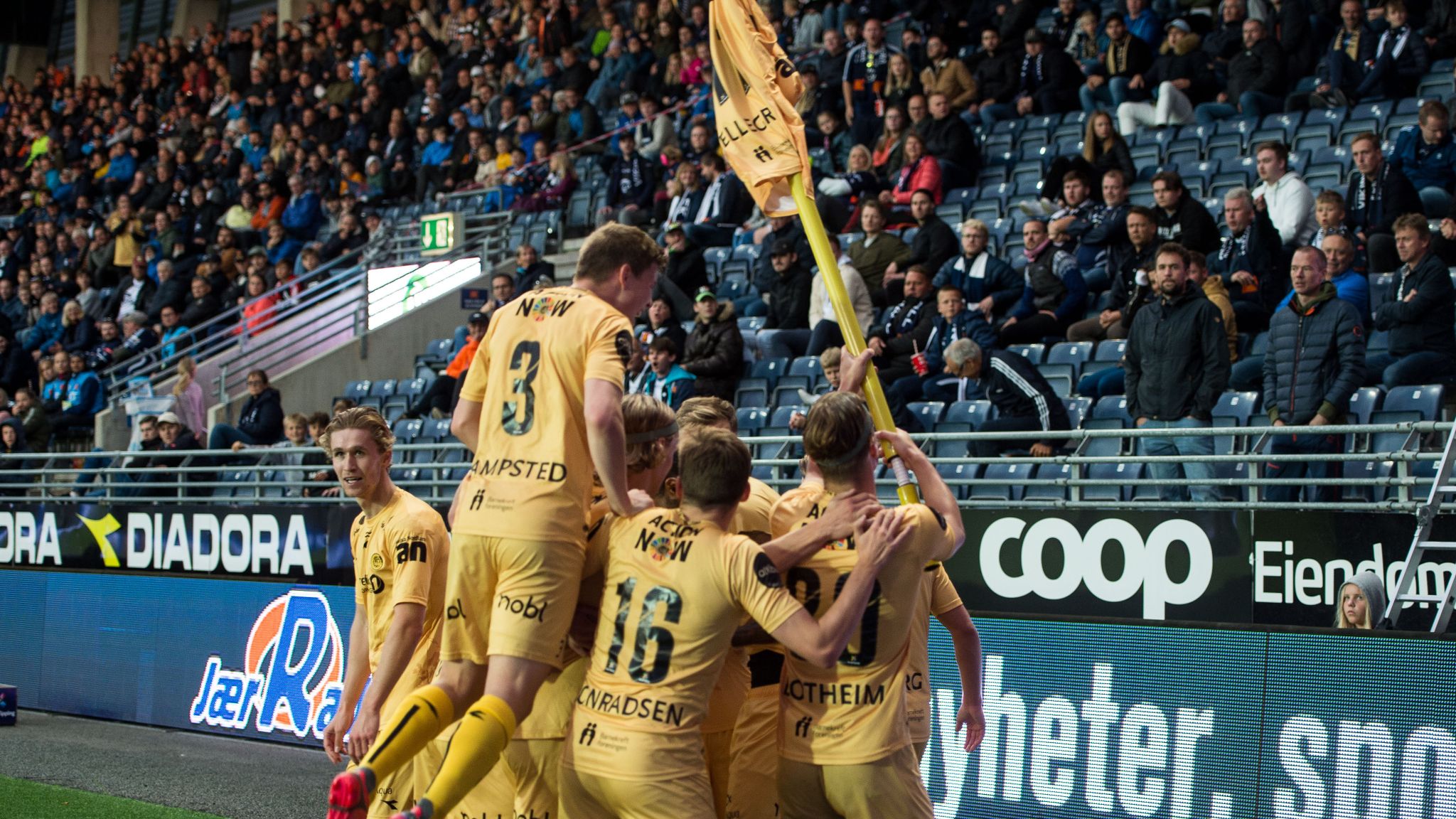 STAVANGER (VG) (Viking 1-3 Bodø / Glimt) When it looked like Viking could climb up Bodø / Glimt’s back, the guests turned the game around with good help from a bronze kick from Amahl Pellegrino (31).

At 1-1 with a quarter of an hour to go, the ball went high in the air at Viking Field. Then Pellegrino saw his cut launch into the air, and the brass kicked Glimt in the head.

– There was no one in the stadium who was surprised when he took it out, yes, it was not the textbook, it was from the “Pelle” book itself. It is so classic. He can score in the most incredible ways, Glimt’s coach Kjetil Knutsen tells VG.

– What do you have in that book, Pellegrino?

After scoring, he removed his suit and hung it on the corner flag, before Erik Botheim raised the flag.

– I am very impressed with your celebration there. It was powerful. It was the biggest achievement there, Botheim tells VG.

– That objective was for the lady, with whom I have spent some very hard hours lately. That I am here and play the game today is thanks to her, and then I will go home as soon as possible and I will be there for her, says Pellegrino without him wanting to go further in that section.

ABOVE: Glimt players cheer on Pellegrino’s bronze goal and Botheim hoists the corner flag with Pellegrino’s suit in the air.

In extra time, Botheim set the score at 3-1, after Ola Solbakken took him out in a blank area.

– Of course it is good to get a score there. Solbakken knows exactly when I move behind the plug. He knows where to put the ball, says Botheim.

After Molde gave away points against Vålerenga, Bodø / Glimt regain the top of the table after losing the previous round. They now have a point below Mold.

Viking, on the other hand, loses valuable points in the medal match, and now has four points to Kristiansund in bronze.

– We have four points above (for a medal), and there is nothing. We have a lot to play for and we will continue to fight.

But it was Viking who got the best start. They went straight to the throat of the guests and took the lead already after six minutes.

Harald Nilsen Tangen shoved the ball into space and played through Kristoffer Løkberg. His attempt alone with Bodø / Glimt goalkeeper Nikita Haikin was saved, but on the return Veton Berisha was safe and sent Viking to the lead.

After the goal, Viking went very deep and Glimt had most of the ball. Aside from a couple of useful opportunities, they still failed to make a real impact on the hosts.

At the end of the inning, Viking got up again and was able to walk into the locker room with standing ovations at the 1-0 position.

Halfway through the second half, the ball fell to the Viking field after a corner kick. Brede Moe stepped foot, and suddenly the tie was a done deal.

From then on, Bodø / Glimt was the best in everything and just ten minutes after the tie, Pellegrino’s bronze kick marked the tie. In extra time, Botheim punctured the game with a score of 3-1.