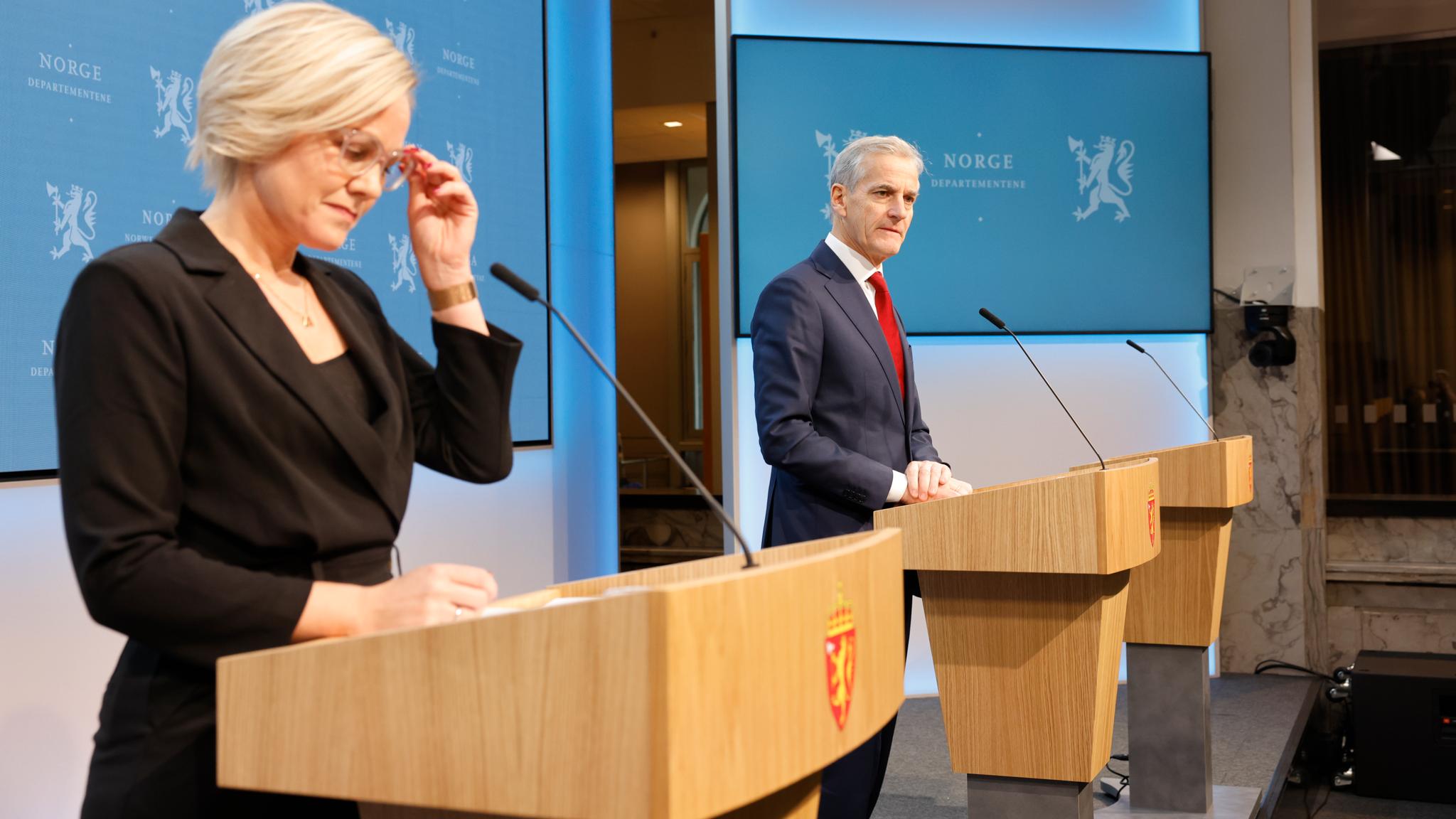 The government’s solution to increased infection: the Korona passport. In addition, all people over 18 years of age will receive the third dose of vaccine.

The case is being updated.

– There will be no closure and strict national measures, says Støre.

Here are the measurements:

How should crown passports be used now?

In Tromsø, there is a lot of infection. There are requirements for table service and other measures in bars and restaurants. They can now open normally, but require a green crown pass from guests.

Tromsø will now present this. No later than Tuesday, says Mayor Gunnar Wilhelmsen (Labor) to VG.

Støre says that a wreath pass can mean that the Christmas season and concerts can run smoothly and that this will be important for workplaces.

They are also considering a more comprehensive use of crown passports, but the government will come back to this later.

It is the municipalities that must introduce measures when they have a lot of contagion and congested health services.

– The government follows the situation day by day, says Støre.

– Many are afraid of closures, I understand it very well, says Støre.

The third dose should be offered to everyone.

The municipalities are already in the process of giving an update dose of the coronary vaccine to people over 65 years of age.

– The dose of soda for adults could contribute to a better protection against diseases and fewer infections continue. But we need more knowledge about this. Therefore, we have asked FHI to conduct ongoing evaluations of the benefit and risk of a refreshing dose for adults, says ngvild Kjerkol.

Ongoing evaluations of FHI include infection status, disease burden, and new knowledge. FHI will provide guidance on when update doses can be offered for 18-64 year olds, and if adjustments to the recommendations will be needed.

The press conference comes after a week marked by very high rates of coronary infection.

So far, vaccinated close contacts have dropped out of testing and have been quarantined. New rules will now be introduced as of November 16:

Will not use coercion

The Prime Minister is asked whether he has considered giving health personnel the obligation to be vaccinated.

– I think it is very valuable that it is based on consent and voluntariness, says Støre, and points out that there is a high vaccination rate among health professionals,

– If you introduce coercion, you put a lot at stake. There are good tools to use the information. It is a good alternative to use testing. We have not received any clear advice from health authorities on the use of coercion, he says.

On Tuesday, a new infection record was set in Norway. In one day, 2,126 new corona infections were recorded. It occurs just a month and a half after the nationwide reopening was celebrated.

On Friday, for the second time this week, more than 2,000 people were infected.

Not only the number of infections, but also the number of deaths and hospitalizations increased last week. This is shown in the FHI weekly report.

It shows that 135 new patients were admitted in week 44. The previous week, the number was 111. It is especially for people over 65 that the number of admissions is increasing now.

The number in this age group now corresponds to the highest level in spring 2021.

It is especially the hospitalization figures that concern the health authorities and those that make them look again at new measures.

– We have a faster increase in admissions than we expected. A sharp increase that we must reverse, Department Director Line Vold at FHI said Thursday.

Prior to today’s press conference, there was a meeting on Thursday afternoon between the Ministry of Health, the health authorities and the municipalities of the country where various measures were discussed. writes Dagbladet.