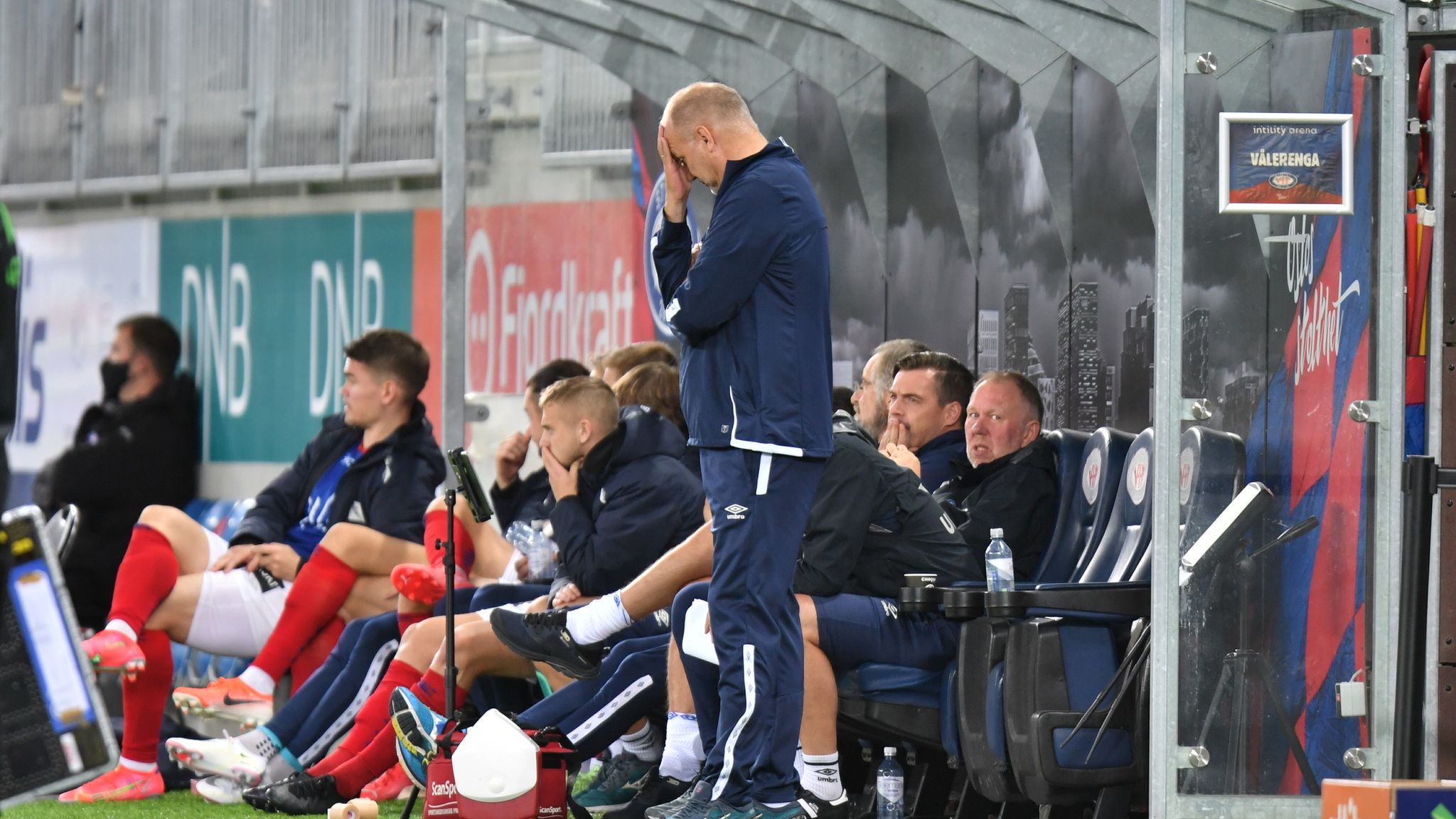 – It’s incredibly disappointing. It is disappointing to lose 3-0 at home here in an important cup match, Fagermo tells VG.

Odd’s Serbian rookie Milan Jevtovic (28) scored 1-0 for the Skien visitors after 20 minutes, before Sander Svendsen (24) cut the 2-0 down and rolled 3-0 with just seconds between them. In the second half. .

– Losing 3-0 at home is very bad. We are mentally weak or something. I don’t know what that is. I feel like we are not doing well enough at key moments, VIF forward Vidar Örn Kjartansson tells VG.

The humiliation was almost total for Vålerenga, who was actually only able to save a deplorable season with a cup adventure. Now Ullevaal’s hope is out for the team that is in eighth place in the Eliteserien, while Odd, a 12-time winner in NM, can wait for the fourth round.

Fagermo must now work to get the players to the remaining games this fall.

– There is nothing to say, but everyone understands that this is very disappointing. You can’t kill people. We must work to recover and continue with the strategy we have. Today we are too insecure. The defensive game is too open and it is too easy to mark us. It shouldn’t characterize us, says Fagermo.

It was in resolution

Vålerenga coach Fagermo assembled as strong a team as possible for the third round match. The first quarter was also his team’s best, but after midfielder Ivan Näsberg (25) came out due to injury, it all fell apart.

Fagermo replaced Tobias Christensen in midfield, which meant that Fredrik Oldrup Jensen took over the right save from Jonatan Tollås Nations, while the latter moved to the left that Näsberg had left.

On the right side, former Skeid boy Fredrik Holmé (20) made his debut from the start, which was suspended after 20 minutes. Then the young defender was out of position when stopper Odd Odin Bjørtuft (22) hammered a long ball precisely in the back room in the direction of Jevtovic. With Holmé out, Oldrup Jensen had to overtake Jevtovic, but Vålerenga’s new right block never managed to catch up with the Serb. It was also frozen only with goalkeeper Kjetil Haug (23) who finished in the middle distance.

Throughout the round, Vålerenga also struggled with the press game. It didn’t work as long as Fagermo tried to coach his players from the bench.

– It will be a challenge when Ivan has to go out. So we don’t have midfielders. For Fredrik Holmé he plays. Brage Skaret has lung problems after the crown, and cannot play for more than 20 minutes. So Fredrik Oldrup has to come down, there will be too many changes and it will be bad because they are not used to playing in those positions, the head of VIF explains why Braget was sitting on the bench and the many shifts.

Amor Layouni and Örn Kjartansson have received criticism after being brought to the club before the season. After 24 minutes, the pair could have corrected some of the impression, but Kjartansson could not control a good post from Layouni in the goal from five meters away. Instead, the ball fell to the ground, hit the crossbar and went out.

In the stadium, frustrated spectators began to express the weak performance of the team, but it did not help.

Instead, a former Molde talent appeared. First Svendsen turned around with VIFs Christensen and nailed the ball into the goal from about 20 meters. The 24-year-old then calmly directed the ball past Haug a quarter of an hour in the second half.

Eight minutes later, Fagermo had seen enough of both Layouni and Kjartansson. Both highly paid players were taken off the field. Seedy Jatta and Henrik Udahl entered, neither of them able to do anything with Odd’s dominance of the goal record.

Now Vålerenga only have league games left. The team is in eighth place. And on Sunday, the reigning league champion Bodø / Glimt awaits Aspmyra.

– There are 11 games left. Its alot. We must do what we can to do the best we can in the Elite Series, says Fagermo.