Ten years after the assassination of the despot Muammar Gaddafi, both Libya and all of North Africa are suffering the aftermath of his rule and its fall.

Chronicle
This is a chronicle. Opinions in the text are the responsibility of the writer.

For President Ronald Reagan, Muammar Gaddafi was “the mad dog of the Middle East.”

African leaders referred to him as “King of kings”, a title generally associated with another. Usually he called himself only a colonel, although in reality he was the strong and brutal dictator of Libya throughout his life.

Until ten years ago, on October 20, he was liquidated by his own.

Although, own: without the decision of the UN Security Council and the massive NATO bombing, their “own” would never have managed to catch it. Norwegian bombers alone dropped no fewer than 588 bombs on Gaddafi’s forces and other strategic targets. The rest of NATO more than ten times more.

Although the government-appointed committee largely acquitted Norway, there is little reason to believe that the last word was said. Therefore, the questions are too many and the consequences too great.

Gaddafi himself was a whim, a brutal eccentric who caused both fear and laughter in the Western world. Not surprisingly, Gaddafi was the role model of “General Aladeen” in Sacha Baron Cohen’s film. The dictator since 2012.

He was tough on his enemies and extravagant on his own, knowing that his “Islamic socialism” would not have been possible without Libya’s huge oil revenues. 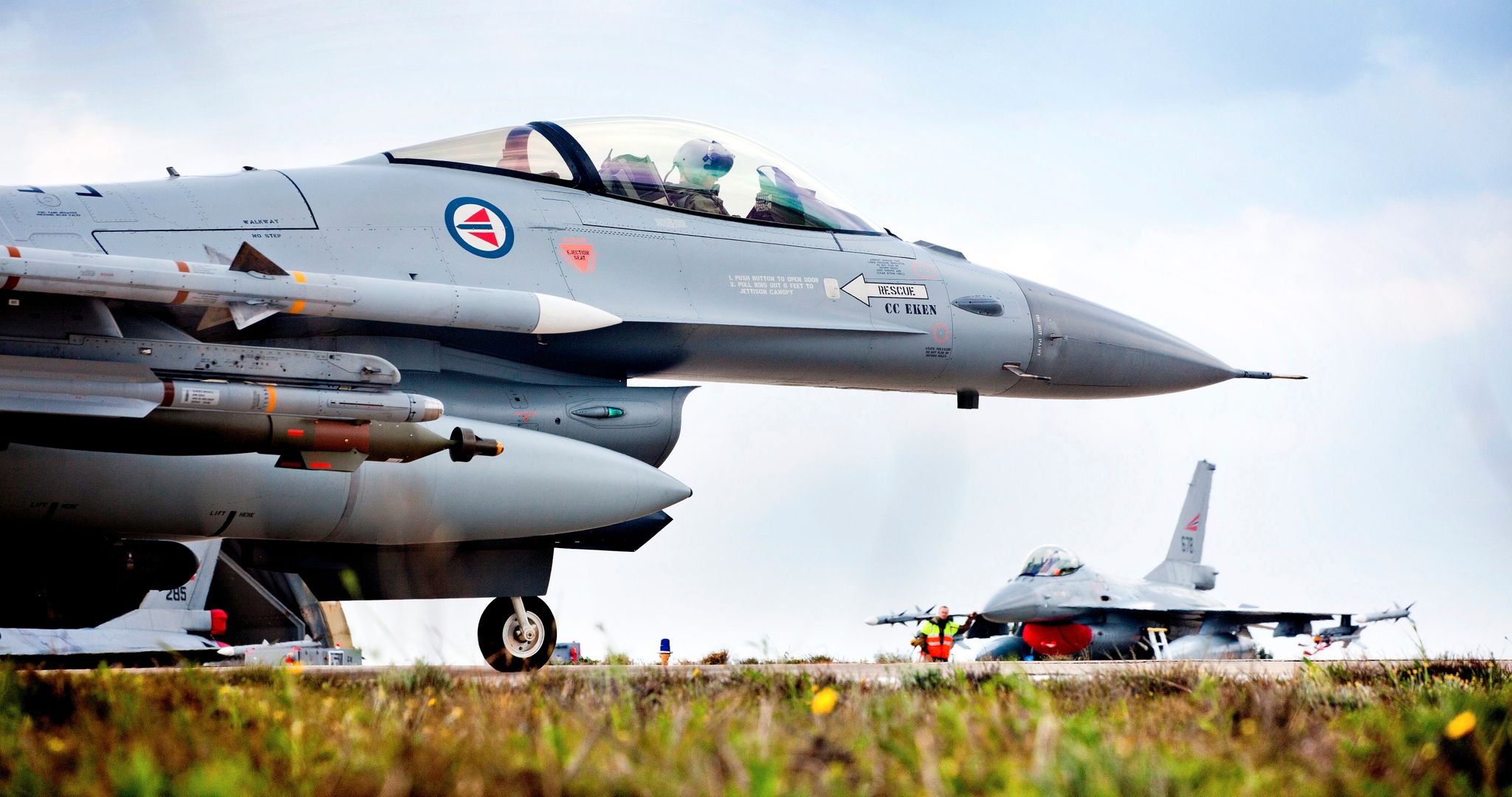 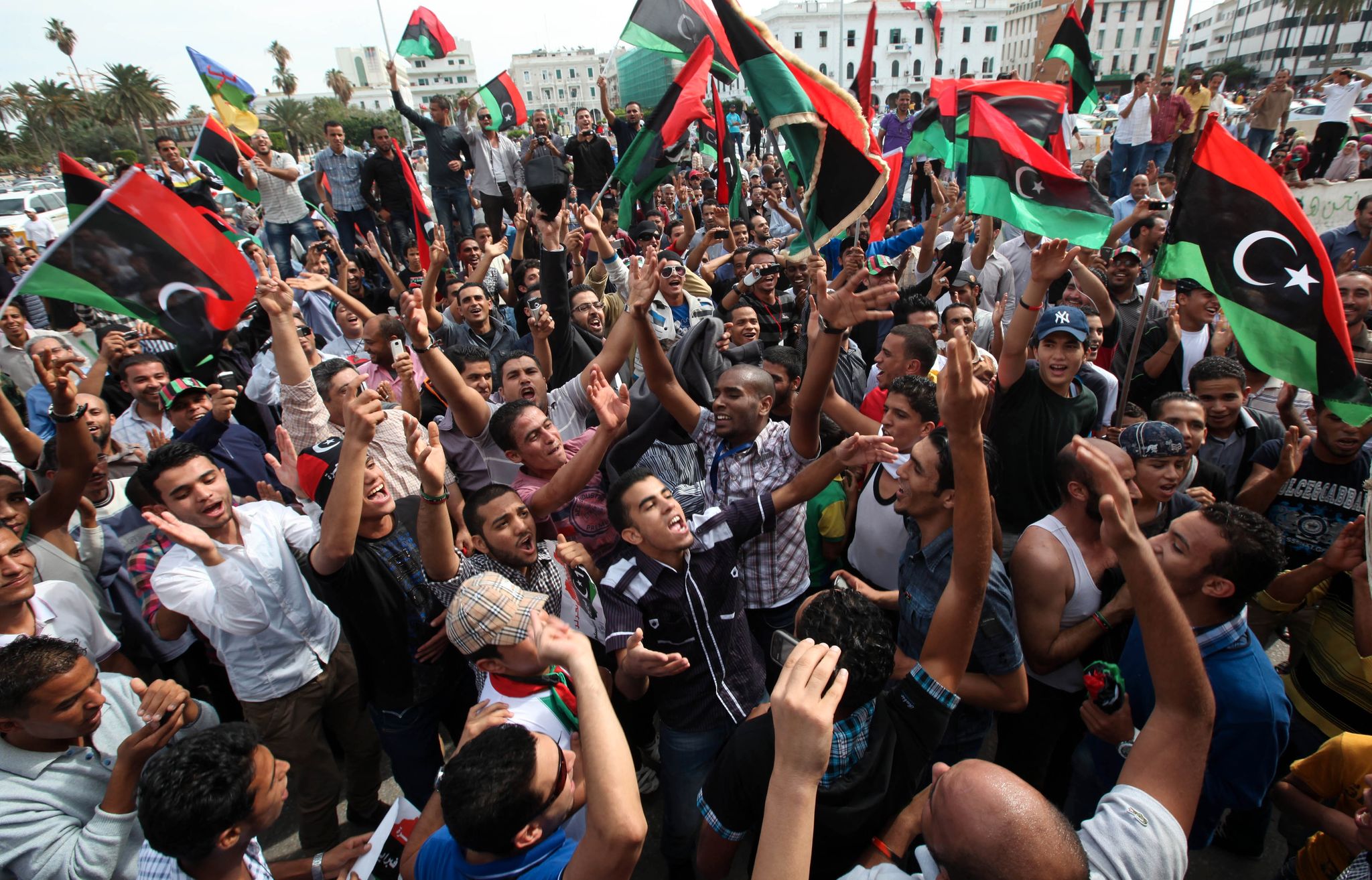 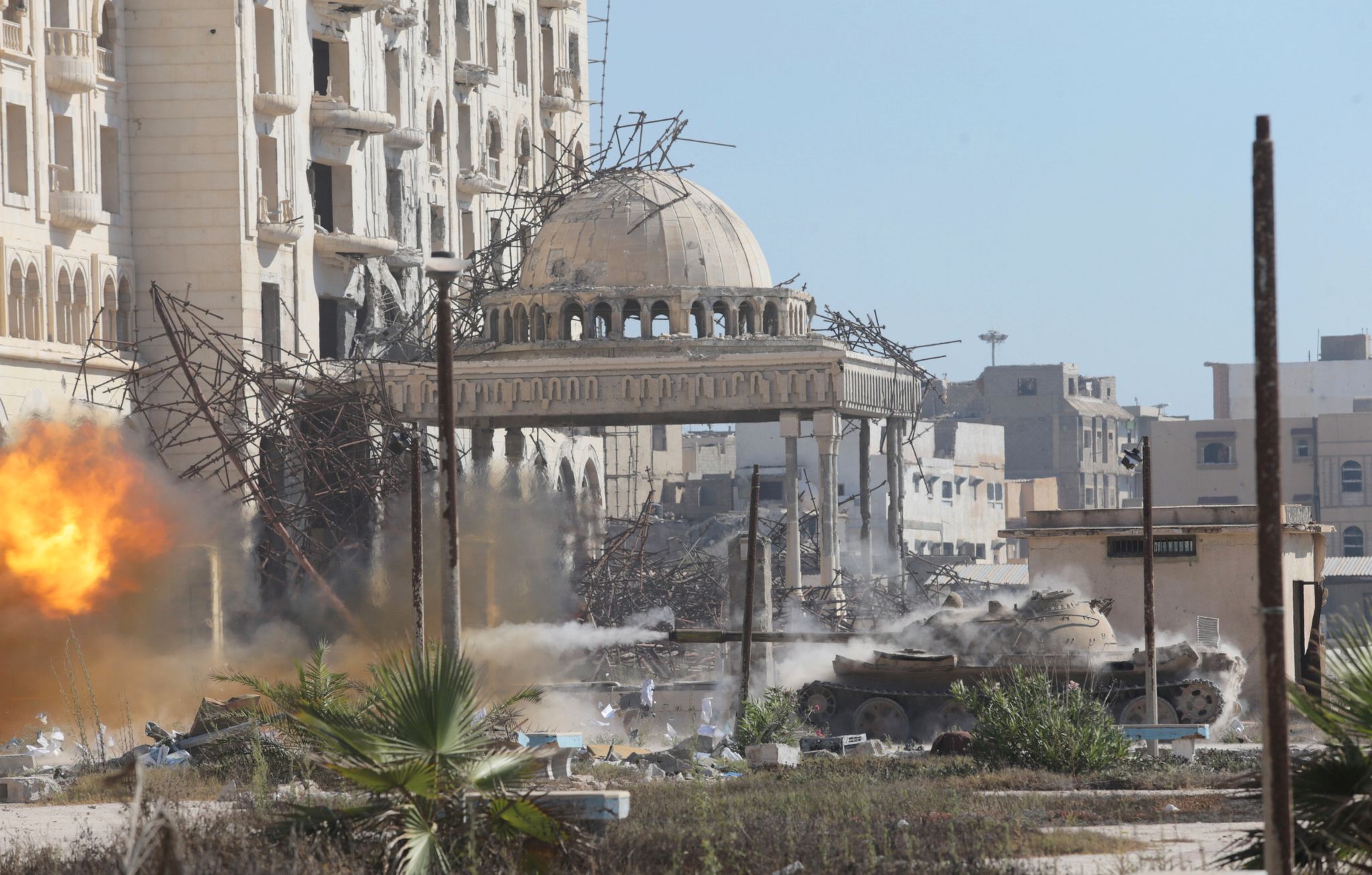 Norwegian fighter jets participated in the bombing of Libya, based out of a base in Crete.

There were scenes of jubilation in Tripoli and many other Libyan cities when the Gaddafi regime was overthrown and Gaddafi himself was assassinated. But the years since then have been turbulent.

Bloody conflicts in Libya have continued in the years since the NATO attacks on the country. Here, a tank belonging to the defense of Libya fires at Islamist positions in Benghazi in July 2017.

In the 1970s and 1980s, wealth also helped sustain a wide range of international terrorist groups, and Libya itself was directly involved in terrorism.

The most famous is The Lockerbie Tragedy in 1988, when a Pan Am plane exploded over a Scottish village, killing 270 people. He also sponsored the construction of Islamist mosques and schools in other countries, primarily in sub-Saharan Africa, and was an active supporter of a Muslim Africa.

From “crazy dog” to the best of its kind

After the terrorist attack in the United States 20 years ago, Gaddafi took a 180 degree turn and normalized relations with the West.

It condemned al Qaeda, ended its nuclear program, invited international weapons inspectors, and paid compensation to the families of Pan Am victims.

No matter how bad Gaddafi was, he got worse

However, the goodwill he garnered did not help him on the day he chose to respond strongly against protesters during the Arab Spring.

It was the beginning of a bloody civil war. The international community joined in and Gaddafi had to flee. Finally, he was captured in the city of Sirte and lynched in the open.

The spring of naivety

Western intelligence has been criticized, rightly so, for being naive in the face of the Arab Spring. The same can be said of the western media. To a large extent, they chose to romanticize the uprising, describing it almost as a repeat of the student uprising in Paris in 1968.

Gaddafi was also not Charles de Gaulle, nor were the protesters radical students. They were a motley assembly of opponents, Islamists, and clan leaders who were in no way able to cooperate in anything other than getting rid of Gaddafi.

When the world community became involved with the rebels, they also chose to throw Libya into chaos that has persisted ever since.

But no matter how bad Gaddafi was, he got worse. Libya has long been a “failed state,” a state without the ability and the will to keep a functioning civil society.

The consequences are many:

And so we could still.

From national collapse to regional chaos

But Libya’s collapse also has consequences beyond its own borders. This applies especially to the countries of the Sahel, south of the Sahara.

While our national media and politicians have been concerned to report that IS has been crushed, our contacts in the Sahel are concerned about how IS and other Islamist groups have used the collapse of Libya as a springboard to expand southward toward the Sahel belt.

Together with the influence of al-Shaabab and other terrorist groups in the east, the result has been an unprecedented wave of terror that is destabilizing the entire region.

At Open Doors we are working to improve the conditions of the large Christian minority south of the Sahara, a minority that has gradually come under extreme pressure. They are used to being discriminated against on a daily basis; now they have to live in fear of terror directed at the top.

Two years ago I was in northern Nigeria and visited one of the many trauma centers, where families who have lost some of their loved ones to terror can come and receive trauma help.

There are many reasons to believe that we must live with African Islamism for many years.

Of the 5,700 dead in northern Nigeria, an area where Christians make up about 15 percent, 3,400 came from the Christian section of the population. At the same time, there has been a further radicalization of jihadist groups:

Boko Haram in Nigeria has long been overtaken by ISWAP, the Nigerian branch of IS. The Islamic State in the Greater Sahara (ISGS) has risen at the expense of the Al-Qaeda-backed Al-Mourabitoun network in Niger, Mali and Burkina Faso.

Refugees are being created everywhere, and it is especially the Christian minority in these areas that is suffering. And, as usual, African conflicts do not receive the attention they deserve.

Libya is scheduled to hold elections in December. Hopefully this is the first step on the way back to a kind of normalcy.

In sub-Saharan Africa, on the other hand, most of the region is dominated by governments that have neither the power nor the priority to do anything about it.

Therefore, there are many reasons to believe that we must live with African Islamism for many years.